Vacha Thacker is a Gujarati singer who began her musical career at the age of 3 with Jana Gana Mana Music Video which got took India by storm with more than 25 million views. Represented by Krup Music Label and volunteers for Give Vacha Foundation. People all over the world are loving Devotional Hits by Vacha Thacker.

After providing world wide hit as a form of Indian National Anthem she gave her melodious voice to songs from various genres and featured as actress in them as well. She overwhelmed the audience with her delightful voice, which invites the people to love her songs. At the age of 8 year, Vacha Thacker is recognise for her devotional hit songs.

Here is a list of Vacha Thacker’s Top 7 Devotional Hits that are loved by every one,

Mangalmay Sab Kar Dena is a version of a prayer to Lord Ganesh called Sarve Bhavantu Sukhina. Dr. Krupesh Thacker has composed this song and Vacha Thacker has lent her melodious voice to it.. This song is full of devotion and the power of Ganpati. It will lead listener to charge they heart with energy and gratitude.

Mangal Bhavan – Ram Dhun is a song is a prayer to Lord Ram sung in a way that even kids will sing along and enjoy. Composed and written by Dr. Krupesh Thacker and sung by Vacha Thacker.

Satnam Waheguru Jaap is a Traditional Jaap in Sikh Religion. Dr. Krupesh Thacker reimagined and composed this song while Vacha Thacker gave it the voice. This Jaap mainly propagates the message of “There is only one constant” or commonly “There is one God”. This song will remind you what truly matters in your life.

The Swaminarayan mantra has spiritual force and divine power and is sung as a prayer to Sahajanand Swami. This Dhun by Vacha Thacker is giving power to elaborate right knowledge, spiritual light, and divine bliss in the heart of an aspirant. Let us recite the Swaminarayan Dhun day & night.

This Devotional song that Dr.Krupesh Thacker has composed this Dhun. The Dohas written by Saint Kabir are taken as lyrics. The music will leave you refreshed and will lead listener to forget everything and be merry.

This Dhun is a prayer offered to Jalaram Bapa. Dr. Krupesh Thacker has composed this song and sung in melodious voice of Vacha Thacker will lifts the soul to the level of peace. Chant “Shree Ram Jai Ram Jai Jalaram” with Vacha Thacker and uplift your souls.

Hope You Enjoy these Devotional Hits By Vacha Thacker. You can connect with her on social media platforms and find out more about her work. 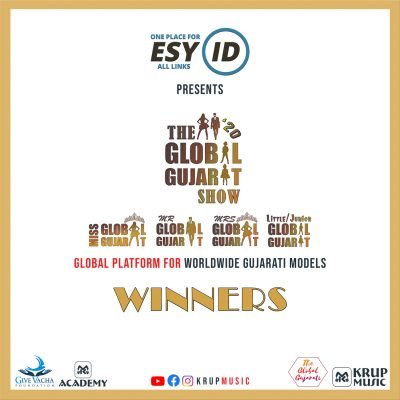 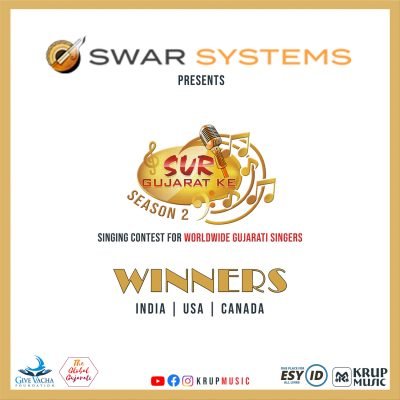